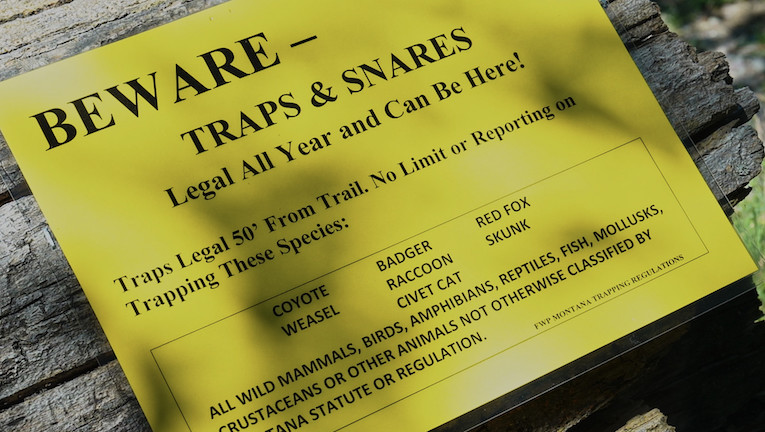 Montana is a gem of a state with amazing wildlife viewing opportunities. But there’s a dark side to the industry – trapping. Pets, people, and unsuspecting  animals alike are harmed when traps are hidden without any warnings to alert people that they are there on state public lands. To make matters worse, the state licenses trapping to over 6000 people, with devastating consequences. This documentary explores the subject of trapping from the trappers themselves to those impacted by the traps, and the impact on Montana’s wildlife.

A NOTE FROM THE DIRECTOR:

I produced this documentary from my experiences making films about wilderness and wildlife in Alaska, Africa, Indonesia, and South America. Today Montana still has the wilderness and wildlife. However, trappers are crafting laws to capitalize more on wolves, bobcats, marten, and whatever they can get. Many Montanans are fed up with the fact that trappers don’t need to post where they trap on public lands. So as a result many hundreds of dogs get caught and killed while their owners are either unable to find them or save them. Meanwhile, 6000 trappers pay $28 annually for a state license to trap all they want on public lands with snow machines pick-ups, and all-terrain vehicles to trap bobcats, wolves, marten, fox, beaver, lynx, river otter, coyote -all of which they sell on the market. But they also trap eagles, dogs, and other wildlife with impunity. This film shows how Montanans are now speaking up not for themselves but for thousands of citizens who also recreate on these public lands with their dogs where trapping is often permitted year-round unposted. Comments from wildlife biologists, veterinarians, citizens, and humane society workers reveal the conundrum that trapping now poses for the greater public and to threatened wildlife species. Hopefully, this film will promote awareness and more protection of the public, their pets, and the wildlife for future generations.