BOZEMAN, MONTANA – BOZEMAN FILM CLELEBRATION (BZN) and MONTANA STATE UNIVERSITY (MSU) have discussed collaboration on a film festival for the better part of a year. That event, the BZN International Film Festival, is now well developed and will open its doors to participants this coming June 7 – 10, 2018.

Discussions between Royce Smith, Dean of the College and George Dorsey, festival founder and owner of Old Main Gallery in Bozeman, included multiple meetings. Mr. Dorsey commented that Dean Smith has been welcoming and very constructive: “This is a collaboration which shows the promise of many years of growth largely attributed to Theo and Royce’s vision and energy.”

In addition to offering the community an exciting new event, participants of the BZN International Film Festival will indirectly support two new initiatives at MSU.

Bozeman Film Celebration (BZN) Sponsors who wish to make tax-deductible Non-Profit contributions now have the option of designating a portion of their sponsorship dollars to Montana State University. Those gifts will support two projects identified and supported by the MSU School of Film and Photography.

In particular, Sponsors who choose to designate funds to MSU will contribute to the following two projects that have been identified as priorities for the University:

The program will invite one or more students to participate in the planning and implementation of the BZN International Film Festival in June 7 – 10, and will encourage the participant to remain with BZN following the Festival to accompany the top films as they tour around the state. Graduate interns will receive a stipend and enjoy opportunities to explore the development and production of film festivals outside of Montana.

There are nearly ten thousand film festivals worldwide and range in size and scope, from those introducing films to a single community to much larger, commercial events. The BZN team has visited and worked on large and small film events in past years.  The BZN intern(s) from MSU will participate in the presentation of independent, international cinema to Bozeman audiences at the BZN International Film Festival, as well as to audiences throughout the state. BZN audiences may at times include (but are not limited to) buyers from Netflix, Amazon, Hulu and major studios.  MSU students interested in working with the BZN team in 2018 should contact BZN directly or through the film school.

Passes to the June 9 – 10 events are now on sale until the event in June, and tickets will go on sale in mid May. Click here to purchase passes: https://bozemanfilmcelebration.com/all-access-passes/

Those interested in supporting the BZN International Film Festival are encouraged to visit the BZN website at bozemanfilmcelebration.com, and to raise questions directly with Managing Artistic Director Beth Ann Kennedy at BethAnn@BozemanFilmCelebration.com / (406) 640 0300.

While BZN is an international festival, the Festival welcomes statewide submissions to bring a local flair to the event. Filmmakers are encouraged to visit the BZN FilmFreeway listing, linked below. 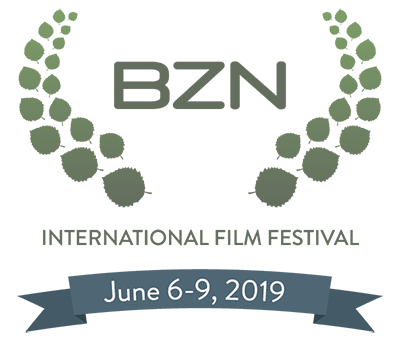