Bozeman, MT – The BZN International Film Festival is pleased to announce its Opening Night Film Happening: A Clean Energy Revolution, directed by renowned documentarian James Redford. A reception for the film will kick off festivities at 6:00pm on the evening of June 7, 2018 in the ballroom of the Emerson Center for the Arts & Culture. Mr. Redford will be in attendance and will participate in a Q&A following the screening, which begins at 7:00 pm in the Emerson’s Crawford Theater.

Happening is a feature-length documentary that explores the developments and future of clean energy throughout America. The film has screened at DOC NYC, Mill Valley Film Festival, and the American Film Showcase, among others. As he crosses the country, Mr. Redford speaks with business and political leaders, scientists, and advocates for clean energy including Oscar-nominated actor Mark Ruffalo; Nevada Senator Patricia Spearman; and Lisa Jackson, Vice President of Environmental Policy at Apple.

“I am thrilled to welcome such a dynamic and nuanced film to kick off our inaugural event,” said Artistic Managing Director Beth Ann Kennedy. “As a festival dedicated to supporting women, perhaps no female character is as important as Mother Earth. It is an honor to welcome Mr. Redford to Bozeman and share our beautiful home with a filmmaker so dedicated to protecting our environment. I am confident that the film will spark many useful, ongoing conversations throughout the Festival and beyond.”

“At the start of Happening, I was feeling pretty cynical about the value of political engagement,” Mr. Redford said in a segment on the film’s website. “Three years later, I have witnessed first-hand the enduring value of politically engaged citizenry. In spite of the turbulent political divides we are currently enduring, I feel more hopeful today than ever about our ability as Americans to combat climate change, and I am excited to share this with audiences so that they may feel this way as well.”

There are no tickets to Opening Night; instead, those holding Bridger, Hyalite or Gallatin Peak event passes are welcome to attend the Opening Night Film along with filmmakers, sponsors and supporting community partners. (Please note that the Bridger Peak Pass does not include Opening Night Reception.)

Passholders are asked to RSVP for Opening Night events as soon as possible.

Passes are on sale now through the BZN website at bozemanfilmcelebration.com

While BZN is an international showcase, the Festival is actively seeking the work of local directors, writers and producers. Filmmakers are encouraged to visit the BZN FilmFreeway listing. The deadline for submissions is March 16, though extensions may be granted for local filmmakers. 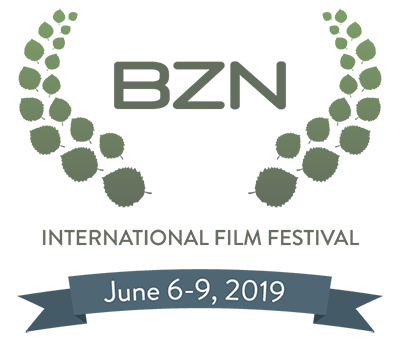