It’s fitting that BZN International Film Festival chose the Emerson Center for the Arts & Culture for its inaugural opening night. James Redford’s Happening: A Clean Energy Revolution will screen in the Emerson’s Crawford Theater, so named for its benefactor, Tim Crawford. Redford, who will be in attendance for an opening night pre-reception and post screening Q & A, is traveling the country to promote just what Tim and Kathy Crawford are huge supporters of: solar energy and sustainability.

The Crawfords had solar panels installed on their Bozeman home, at their ranch in Roundup, Montana, on the Northern Plains Resource Council building in Billings, and on the Emerson’s southern rooftop. This array (which sits above the theater) is the largest in Bozeman, says the Emerson’s Executive Director, Susan Denson-Guy. “Think about that when you’re enjoying the most comfortable seats in town!” Installed by Onsite Energy, 105 panels began absorbing the sun’s rays in September 2014, providing twenty percent of the 100 year-old building’s energy use.

While Crawford’s downtown Bozeman office is not equipped with solar energy, he did restore the historic building on the corner of Main and Tracy in a sustainable way. Inside, it’s creatively tidy. Books and photographs surround a desk strewn with papers; there’s art on the floor and art rolled up, and a squat blue gun safe stands sentry near the door. He chooses a rocker from among various unmatched office chairs and reflects on the state of alternative energy, climate change and local politics. 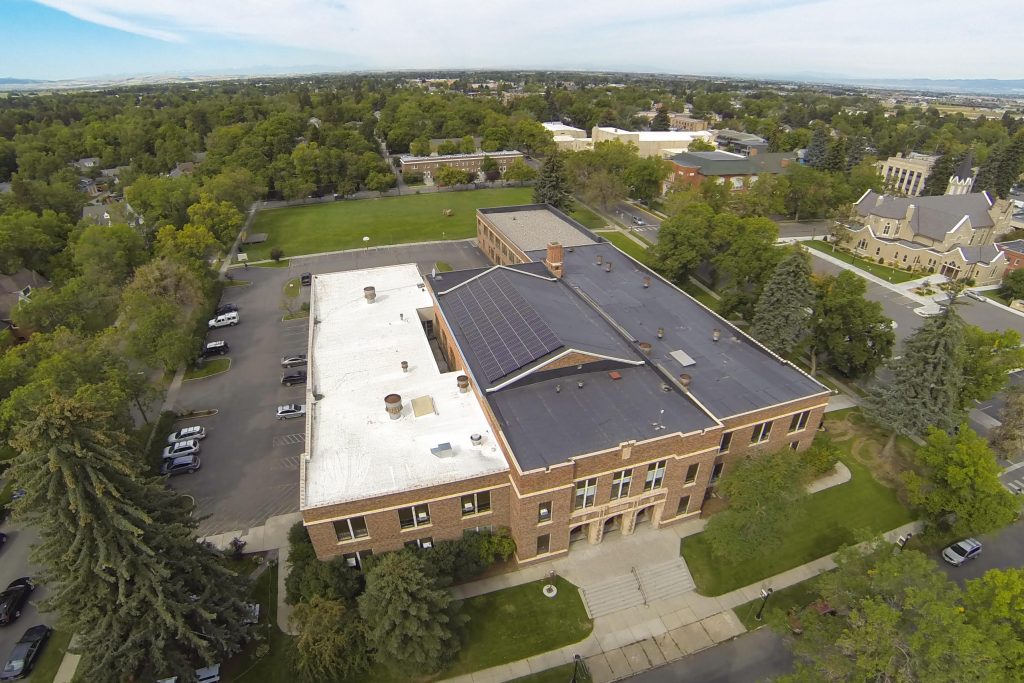 “I’ve been great believer in solar, even back when it was very expensive,” he states. “You used to need a tracking motor; now you don’t need mechanical, moving things, and it’s much more affordable.” Holding up a multi-page Vision Statement he was given by the City to evaluate, he cites the combination of population growth and climate change as ‘two major problems entwined.’ “When I moved here, a luxury car was a Cadillac owned by a rancher’s wife after three good years. Now you have to be careful not be hit by a BMW or a Mercedes in the crosswalk.” Crawford thinks every new subdivision, new home or remodel should have a solar orientation. “Not necessarily solar installation, because that may be unaffordable,” he concedes. “It’s important to stop thinking ‘how soon is payoff,’— think of it as a 40 year deduction plan that adds to the value of your property.”

With its solar orientation and a panel array, the Crawford home could generate all the energy they need but, says Tim, Northwestern Energy puts a cap on how much can be ‘net metered’ back into the grid, so they’re stuck at seventy-five percent. “The NRDC solar array in Billings is over the parking area,” he notes; so in summer it provides shade for parked cars as well as heat. “You don’t find that in America, but you do in, say, South Africa.” (Crawford is a professional nature photographer and has been on numerous safaris). “We need more of a woman’s perspective in our political system,” he says, indicating an article in The Nation about Iceland’s female prime minister, Katrín Jakobsdóttir, whose country uses significant geothermal and hydroelectric power for home heating. 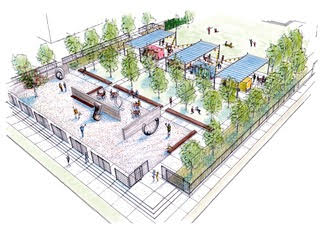 With its solar orientation and a panel array, the Crawford home could generate all the energy they need but, says Tim, Northwestern Energy puts a cap on how The Crawfords have been ‘prime movers’ in raising money to pay for the preservation and expansion of the Emerson’s lawn, which, points out Denson-Guy, will be the only major outdoor venue in downtown Bozeman, with a capacity of several thousand. When two-thirds of the property was for sale for planned development, the Emerson outbid the leading proposal of 2.275 million by exactly $100.

“We’ve got close to two million now,” says Crawford. Denson-Guy estimates they need $300,000 to close the deal, but she won’t break ground until there’s a comfortable 3.3 million banked.. “The lawn is an important adjunct of the Emerson,” says Crawford. “You could call it the last open space in a highly developed section of town. It mitigates urban density. It’s been gratifying because I’m not a good fundraiser but I can pick up phone and call people; I left a voice message for someone and got a call back saying, ‘thanks, you got right to the point, and I’ll send $1,000. The point is that we live in a community. I just want my community to be better and if it’s in my ability to make it better I think it’s irresponsible not to make it better.” To see a video of the Emerson’s solar panel installation, check out the video below:

Be sure to see Happening: A Clean Energy Revolution Thursday, June 7th in the Emerson Center’s Crawford Theater (which boasts an ADA-accessible state-of-the-art projector). Follow up with a Friday morning seminar with James Redford at the Museum of the Rockies’ Hager Auditorium. Come back to the Crawford Saturday Night for Jeff Bridges’ film Living in the Future’s Past. For Festival passes, films, sponsors and a schedule of events, visit bozemanfilmcelebration.com. BZN International Film Festival is produced with the support of Bozeman TBID Funds.