A panel featuring Signe Taylor, Pati Hernandez, and three of the film’s participants will expand upon the themes in It’s Criminal including privilege, poverty, abuse, addiction, and injustice.

A graduate of the Stanford University documentary film master’s program, Signe Taylor has produced, directed and/or edited a dozen films, including the award-winning feature documentary Circus Dreams (circusdreams.net). Her work has been nationally broadcast on public television and commercial networks and honored with awards from film festivals worldwide.

Documentary advisor Pati Hernandez is the founder of the non-profit organization Telling My Story and an adjunct professor of Women’s and Gender Studies at Dartmouth College. 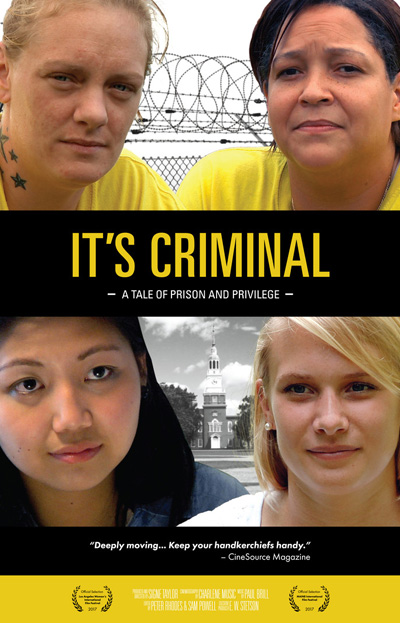